A downloadable game for Windows

Cacophony is a virtual reality experience that explores the importance of opinion individuality, the complexity of freedom of speech and the state of perversion of the truth that comes as a result of living within one’s secluded, personal bubble of information.

Within the environment of Cacophony, the player finds himself/herself surrounded by arrays of hooded humanoid heads, each one with a zipper shutting its mouth. Each head is entitled to its own opinion, which is plainly depicted acoustically as a human voice singing one particular note. Heads have power within the game, similar to the voices/opinions of every person within a community. Amongst this inspired by real life rules plane enters the player; he or she may immediately notice the impact the voices have on his / her point of view, as allowing different voices to "sing" their opinion alters the player's own perspective, symbolically depicted as a change of the color palette of the environment. What may actually take some time to be perceived is the eventual alteration of the constructs of this virtual system, as the true power of the voices can be used to either hyperinflate it or destroy it, by creating or demolishing structures accordingly.

The player is called upon to make a decision. He/she stands in the position of the ruler of this world and has to determine whether to make it, unmake it or strive for the elusive and fleeting equilibrium, experimenting with various combinations of voices, though the coveted balance of the system is not necessarily produced by a harmonious or dissonant result. Even in a state of balance the player must remain alert, as the voices - akin to opinions - tend to alter through the course of time, redefining the system itself.

Most importantly, whoever enters this world made entirely of cacophonies, must decide whether he/she is willing to listen to the voices, as covering one’s ears for too long results in irreversible drowning of the system.

Created for the ART GAMES Game Jam in Athens, Greece. 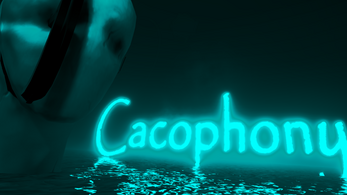 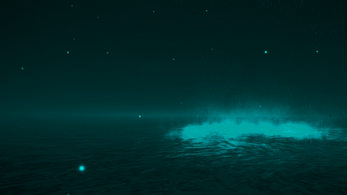 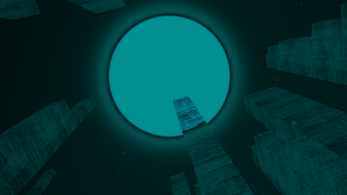 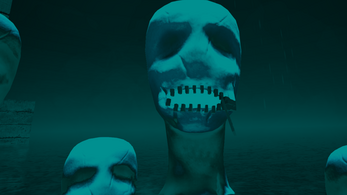 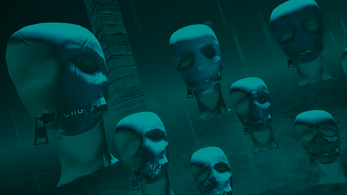